← Contrary to Popular Opinion, Fifty Does NOT Suck
The Heat (and hunt) Is On →

Yesterday we did a little day trip back into the 1600s, and visited Versailles. Fancy schmancy much?

The gardens were gorgeous — made all the more so by the fact that they sell wine in the hedges.  I was hoping for more blooms, but then I saw they were getting more than a foot of snow at home so I shut up.

Everyplace you look in Paris is a museum that used be a castle, and of course this is no exceptions. Louis did it up good with these digs, compensating for a pretty crappy childhood.  I mean, he thought it sucked but it was a mite better than the peasants nearby. We wandered the grounds, then did the chateau.  Every time we go in one of these huge once-I-was-someone’s-house museums, HWSNBN has the same thought: what if you wandered all the way to the other side of the chateau and said — shit! Left my cell phone in the other wing? I told him they had people for that.

I liked Louis’s fake bedroom better than his real one. Yeah, he had a fake bedroom, the one where people hung out and kissed his ring.  Didn’t get to see the queen’s rooms, as they were being renovated (thinking they are not going for the white painted woodwork and grey walls that everyone and their three cousins seems to be into anymore).

My fave part of the day may have been when we walked by Marie Antoinette’s sheep farm.  I was struggling to remember the French word for sheet, when a French boy, all dolled up in his scarf, called to them: “Le Mouton! Le Mounton!”  Thanks, kid. Almost as funny as when a woman waiting for the metro today had to deal with her disobeying toddler by saying “Un…deux…” we added in the “don’t make me say trois!” Parenting is the same all over, even if your kid is in an outfit that costs a car payment.

Had une biere, then hit the train home.  We were wiped.  Needed an early night, so found a tapas restaurant, A Noste ( https://www.a-noste.com/) near home and grubbed up.  As much as I have adored the food here, it was nice to get a little spice! 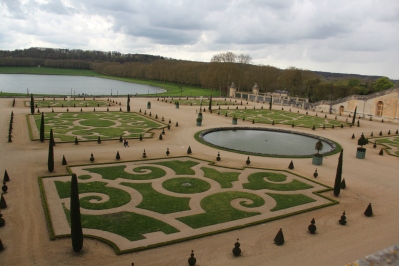 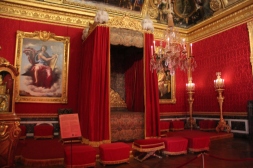 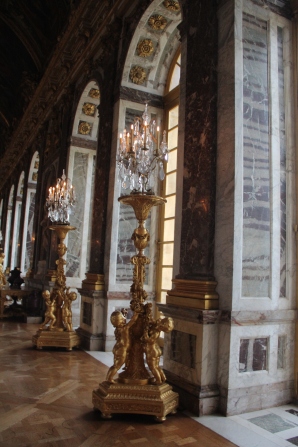 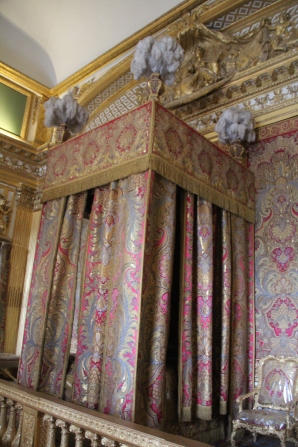 Posted on April 17, 2018, in Uncategorized and tagged Versailles. Bookmark the permalink. Leave a comment.

← Contrary to Popular Opinion, Fifty Does NOT Suck
The Heat (and hunt) Is On →