← Eating an Elephant
All I want for Christmas →

So this morning I panicked, frantically searching my emails for the proof that my I hadn’t dreamed the news.  I swear it was so real — an email from our builder:  “Sorry, permits have been denied.  But we will try again!”  Noooo….never found any proof, and when I mentioned it to my husband, he looked at me sideways:  do you really think they’d email you on a Saturday?  And that the city would’ve made a decision over the Thanksgiving weekend?”

He had a point.  But it seemed so real!  But even if it had been real, I guess it wouldn’t have been that bad.  I know that eventually our house will be built.  But right now it seems like it has taken FOREVER to get started! And now that we are just waiting for the lender and the city to give us formal permission, it is really frustrating. All I want for Christmas is a wrecking ball (and not  the Miley Cyrus kind).

We spent the weekend tearing apart the old house.  We are salvaging hard wood floors (might decorate the bar  ceiling with them,

Photo by JALIN Design, LLC. See more craftsman home bar designs
.  We removed kitchen cabinets to use them in the garage.  But we failed to remove some amazing built-in cabinets.  The previous owner was a serious carpenter.  Those thingspuppies would not move).  We have found lots of things to reuse.  I’m probably turning old drawers into shadow boxes or for jewelry. 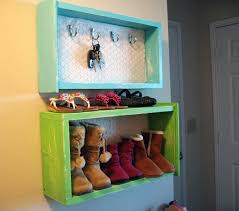 Other folks have been scavenging as well, which I love.  I hate the idea of all the love and memories going into a landfill, so we have offered up the house to anyone who might find a use for its contents.  One couple took every interior door, and were delighted that the front door was the exact same one they had in a beloved Chicago home.  Another lady is taking the water softener and heater for her rental (she also took every switch plate cover).  One couple took carpet, wood trim, shutters and an exterior door.  Another guy wants the furnace, someone took a toilet, and pretty much all of the light fixtures are gone (my friend Mitra is going to have a killer garden!).  We saved the huge fireplace irons and will probably use them in the firepit.  We also have cool drawer dividers, old tiles, a chandelier I will repaint and hang with candles inteh garden, and one stained glass  window.  Fun stuff!

Perhaps our coolest find we almost didn’t discover.   Like I’ve said, we’ve owned the house since August 2012, and have been in it umpteen times.  I knew there were a few things in the attic, but hadn’t really poked around.  There were a pair of what I thought were old window shades — until I finally took them down and unrolled them.  They are both huge, old maps!  One is dated 1886, the other 1888, and they are 7 feet wide by about 5 feet long.  One is a map of the railroad system,including Montana, the Dakotas, Iowa, Minnesota, Wisconsin and more.  The other is what I am calling a “plat” map of Hennepin and Ramsey counties (the two counties that Minneapolis and St Paul call home).  It depicts every property in the countries,with the name of the owner at the time in the property boundaries.  It’s very cool!  We want to donate the railroad map to the Minnesota Historical Society, but I want to preserve and hang the other in our new house.  It is so interesting finding places you know today and see what they were back then and who owned them!).

I have been charmed by the discoveries in the house, and I think Rich has, too.  At first he shook his head at me, sure that no one would want anything out of the house.  But after he saw the excitement people had finding just the right thing for their homes, he is into it.  He just told me he wants to hurry over tomorrow night after work to tear up more flooring.  I think he is secretly looking for the million dollars he is sure the previous owners stashed somewhere.  Better a dream than a nightmare, right?

Posted on December 1, 2013, in Uncategorized. Bookmark the permalink. Leave a comment.

← Eating an Elephant
All I want for Christmas →