Predictions are a Production

The Academy Awards are tonight!

I managed to see all the best picture nominees and most of the acting ones. Here are my predictions for some of the awards — decorated by fashion splashes not yet discussed during this awards season!

(Haven’t seen Tom Hanks in A Beautiful Day in the Neighborhood, or Anthony Hopkins in The Two Popes).

Who I liked best: Brad Pitt, Once Upon a Time in Hollywood.  I’ll be honest: this year has changed my opinion of Pitt. I never really paid attention to him before, although he stood out from the generically handsome slew of men in Hollywood in Inglourious Basterds. But this role seems, well, like who he is in real life. And after watching him in this, and in all the interviews and red carpet and award show appearances, he’s kinda hot. He’s sexy to me now, both as a hunka man and as an actor. Hoping for cool stuff from him in the future!

Who will win: Pitt. Easiest vote of the night. And he should have a cool, aw-shucks, ma’am, speech.

Fashions I liked from the BAFTA awards:

Who I liked best: Florence Pugh, Little Women. I have heard some folks say she shouldn’t win because she was so much older than her character in the book, and she was a British woman playing a thoroughly American role. I don’t really care about either of those things — and those were choices made by the casting director, not by her. From the minute we entered the theater, I realized this was a different, thoroughly modern Little Women, and she was perfect. She fleshed out Amy March in a way I’d never seen done before and made her a strong, complex woman, not just a spoiled brat.

Who will win: Laura Dern, Marriage Story. She was good, don’t get me wrong, but Best? Nah. 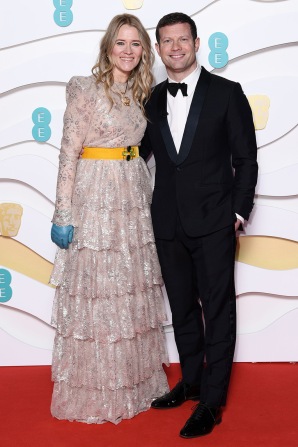 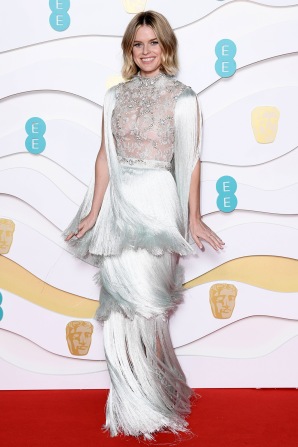 Who I liked best: Joaquin Phoenix in The Joker. He completely embodied the character and made him sympathetic. His performance gave dimension to an almost comical villain, and the film is more of a treatise on the plight of the poor and those with mental illness, and how the haves don’t always get what the have nots need or want. Phoenix was sad, and sweet, and gruesome and powerful and beyond impressive.

Who will win: Phoenix. A given.

Fashions I liked at the SAG awards:

Who I liked best: So many great performances here! But I have to say Renee Zelwegger as Judy Garland was heart wrenching and lovely. My number two choice would be Scarlett Johansson in Marriage Story. So nuanced! She was so good you could almost forget how stupid beautiful she is.

Who will win: Zellwegger

Who I liked best: All 5 deftly handled complex films with lots of different challenges. I wouldn’t be bothered by any of them winning, but I might have to say Bong Joon Ho for Parasite was the most impressive to me, followed by Sam Mendes for 1917.

Who will win: Most likely Mendes — although Hollywood does love itself enough to give it to Quentin Tarantino for Once Upon a Time in Hollywood.

Which I liked best: I kind of feel like Parasite should win, with 1917 in second place.

Time to go get cozy, and watch the show! See you soon!